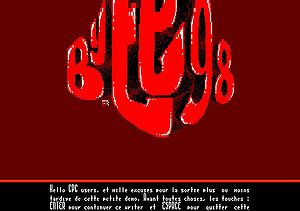 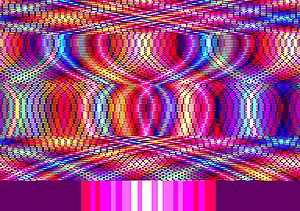 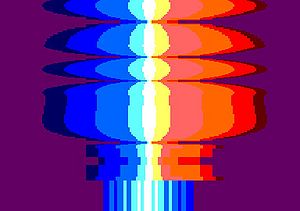 This demo shows some nice hardware effects based on line-splitscreens. This CRTC technic enables to define a different screen-offset at each line.

It's a two part demo, an intro and a main part.

The intro was the Mortel contribution for the cool Byte'98 Meeting. This first part was coded by Candy using a nice gfx by Fafa.

The second part was coded by Shap of Overlanders and the gfx was made by Rainbird of Arkos.