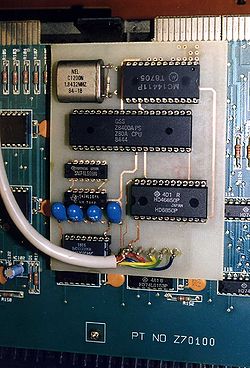 The AMSSIO interface is a RS232 interface by the dane, Martin Zacho. As opposed to other serial interfaces the AMSSIO is meant to be installed on top of the Z80 CPU in the CPC. However the circuit can easily be built on a Lochrasterplatine (what's the english word? experimental board?) and connected to the expansion port as well.