Difference between revisions of "Amstrad PC" 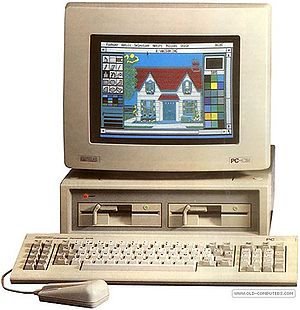 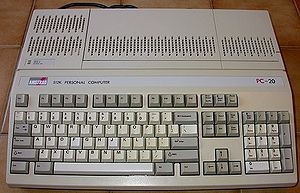 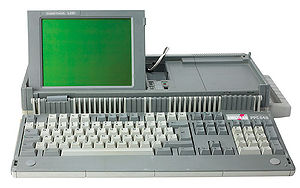 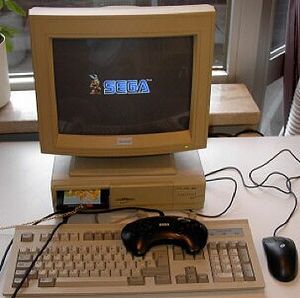 Those cheap IBM compatible PCs allowed the professionnal PC standard to enter many houses as a Home computer. The first and best known is the Amstrad PC1512 (and its upgraded version the PC1640).

The 3 major kind of display from this era had to get specific monitors, and those were quite expensive.

Enabled mostly 320x200 display with a palette of 4 colours choosen between 4 combinations (only one colour to be chosen) from 16 total colours. Could also get a text mode with character attribute based 16 colours display.

The Amstrad CPC can quite be considered a custom and more versatile CGA.

Was mostly CGA compatible yet not exactly. It could also get a special custom mode with a 640x200x16 display, the 16 colours being the CGA total palette, hence it could be as good as most badly exploited EGA cards.

Could display the CGA modes, and an extended CGA mode at 320x200x16 colours, the 16 colours being only the CGA full palette, this is probably the detail which killed the EGA. Otherwise it had its native colour mode of 640x350x16 the palette being set from the 64colours EGA palette (2x2x2 bits), such mode was actually even better than what an Atari ST could do... despite a lesser total palette to choose from, the same amount of colours (16 with no trick) were displayed at a far better resolution too. This 'Real EGA" mode was rarely well exploited for obscure reasons by game developers who wanted to keep a retro-compatibility with CGA versions and graphic portability with other 320x200 resolution computers.

The widely used VGA mode was the MCGA : 320x200x256. When those kind of display were widely available the CGA and EGA were obsolete and the PC could start to kick Amiga and Atari ST standards out of the place. VGA could also display a 640x480x16 video mode. All those from a 262,144colour total palette (6x6x6 bits). The VGA could also display all previous modes from CGA and EGA cards.

This palette could have been great on an Amstrad CPC...

With high resolution like 640x200x16 or whole EGA 640x200x16 or 640x350x16, those Amstrad PC1512 or PC1640 could display better graphics on a color Screen than the only 16colours limited palette would indicate, but it wasn't very exploited and the CGAmstrad from Pc1512 could be on the slow side due to the huge amount of VRAM used for the special mode and being a PC-XT spec machine. 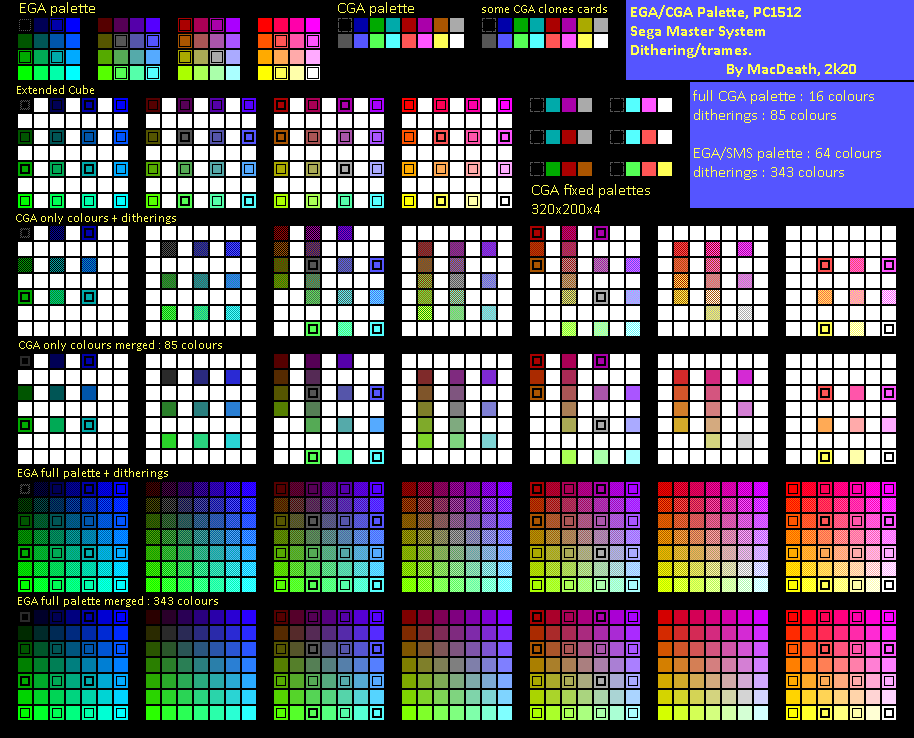