Difference between revisions of "Artificial Intelligence" 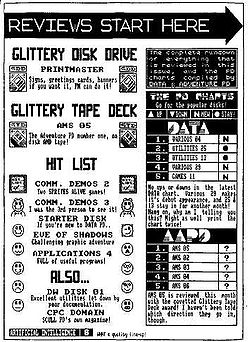 An excerpt from Artificial Intelligence issue 1

Artificial Intelligence was a UK paper fanzine which concentrated on public domain software. Edited by Tim Blackbond, it ran for eight irregular issues. A ninth issue was planned but never released.

"AI" was laid out entirely on a CPC, initially using MicroDesign, then Pagemaker Deluxe, and finally PowerPage. It is often believed to be the most attractive of any publication laid out on a CPC.

The fanzine's quirky, humorous style won it a significant following and acclaim in Amstrad Action. Tim was subsequently appointed as the Public Image columnist in AA.