Difference between revisions of "Bridge-It"

Bridge-It. A simple concept that proved to be very frustrating to begin with, but grew on you as you kept playing. Some people loved this game, a lot of people hated it.

I personally am the former. Bridge-It came free with the CPC 464 as part of a 12 tape compilation. Once the game was loaded, you were presented with a static screen and a walkway with four bridges. Upon starting the game, a small man would meander haplessly along the walkways, and it was your job to close the bridge in order to get him across safely to his house at the other end. The initial screen had four bridges placed at the four points of the compass- pushing the joystick in the corresponding direction caused the bridge to close as long as you held the joystick.

A fun little game that could be as boring or as stimulating as you like! Try it.. you know you wanna... 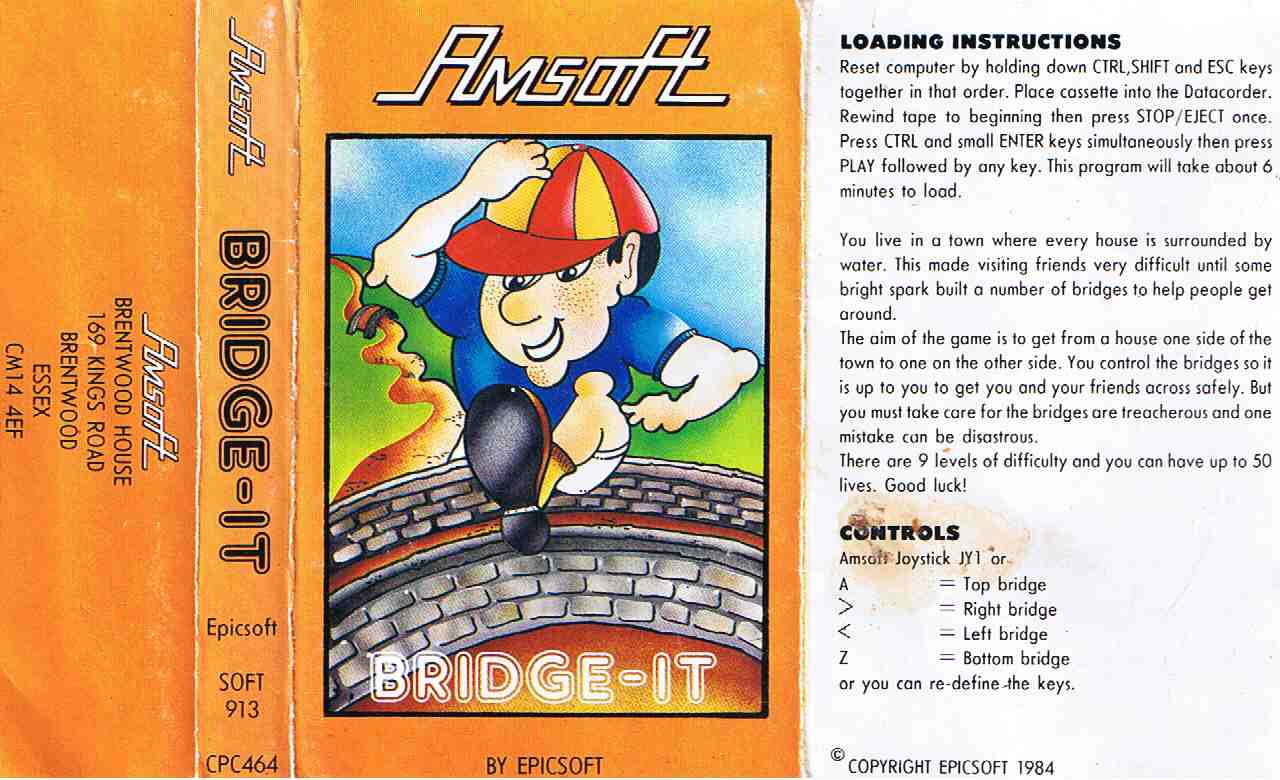