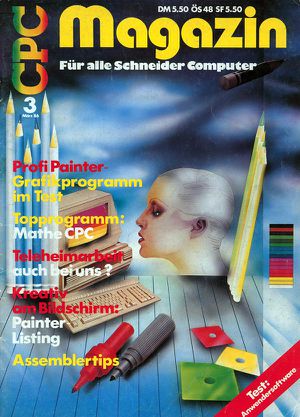 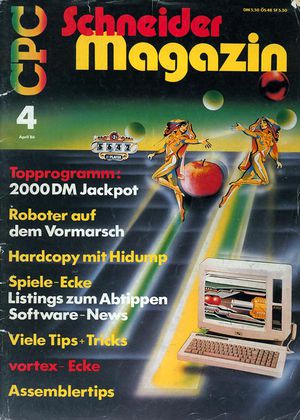 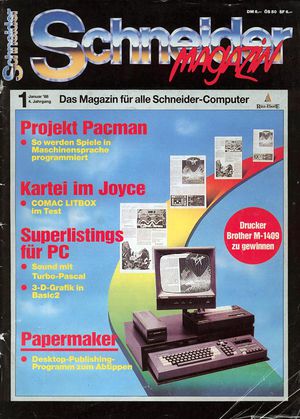 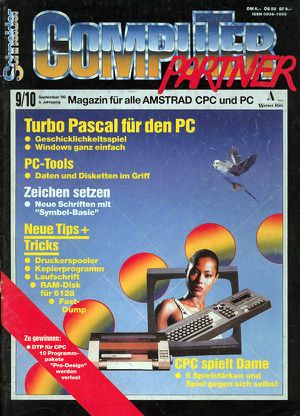 The CPC Schneider Magazin originally aimed at the semi-professional CPC user. It contained game and software tests, market news, hardware modification tips (eg. an Atari-ST mouse adapter), software listing and much more. It supported peripherals by the German company Vortex Computersysteme with a regular heading featuring listings and tips for their products.