Kangaroo of HJT in the early 90s 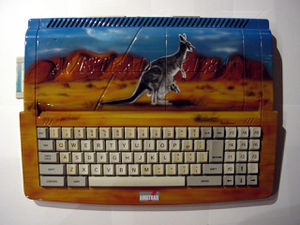 Kangaroo MusiQue of HJT (Thorsten Norman Mitschele) was born at 29.07.1971 in Stuttgart, Germany. He composed about 450 tunes on the Schneider/Amstrad CPC by using the Soundtrakker from New Age Software. A lot of the tunes where used in CPC-Demos from different groups, also he composed some tunes for CPC and Nintendo Gameboy Games, programmed by Elmsoft (EGS) published by Titus Sftware in France.