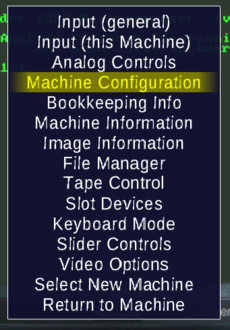 The easiest way to do this (works on Windows, OS X, and Linux) in recent versions of MAME is to enable BGFX video output: Put this in your mame.ini:

You should check with F11 if you get 100% performance with BGFX and if not, adjust frame skipping with F8/F9.

Older methods are manual HLSL and GLSL configurations, here are some examples: