Difference between revisions of "MegaFlashROManager"

The program MegaFlashROManager for FutureOS and AMSDOS/BASIC (on disc or as ROM) allows the management of the 512 KB Flash-ROM (=Pseudo-ROM) of the MegaFlash developed by Bryce of FutureSoft. You can load/save all 32 ROMs at once. And every single 16 KB Flash-ROM can be managed individually. This software was developed by TFM of FutureSoft. Versions for both OS are available now. A version for CPC464 running in 64 KB will be released in future. 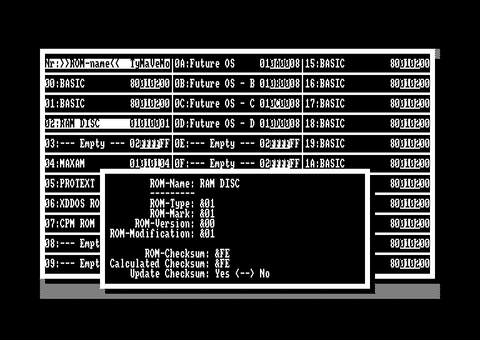