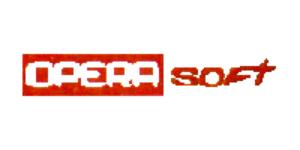 One of the most prolific Spanish computer game developers of the 'Golden Age of Spanish Software' of the 1980s. It released many games for the ZX Spectrum, Amstrad CPC and other 8-bit machines.

Founded in 1987, the company obtained success with its premiere title Livingstone, Supongo (Livingstone, I Presume), based on the famous 19th-century explorer Dr. Livingstone. Nevertheless, their most important title is probably La Abadia Del Crimen (The Abbey of Crime), based on Umberto Eco's best-seller The Name of the Rose.

Like many other Spanish software companies of the time, Opera Soft did not adapt to the generational change and went out of business in the early 1990s with the rise to prominence of 16-bit video games.