Difference between revisions of "Rundschlag" 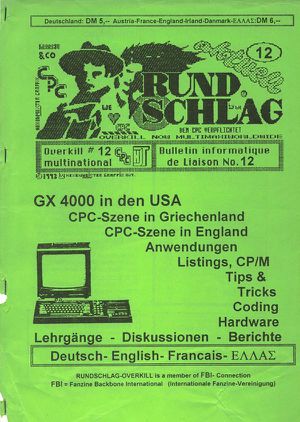 Rundschlag was a German fanzine made by Marabu of HJT wich contained very much informations about the German cpc scene. It started as a printed Newletter (A4, duplex) for the friends of Marabu, to inform them about news about the CPC.

Later as the number of readers increased, the Rundschlag also contained translations of the articles into English and French. There where 19 issues produced by Marabu and the HJT-Members, and the last issue Nr. 20 was made by Mr. Ams and gave away for free at the CPC Reunion 2001.