The Amstrad User was published in Australia by Strategy Publications, with the first issue coming out in February 1985.  To start with it soley covered the Amstrad CPC range, but as more computers were introduced by Amstrad, it expanded to cover them all.  Eventually it would cover the CPC, PCW and PC range of Amstrad computers.

It was an independent publication, originally sourcing and writing all it's own articles and content from writers within Australian.  As this became more difficult with time, it set up agreements with Future Publishing and Database Publications to reprint content from their respective magazines - Amstrad Action and CPC Computing (formerly Computing with the Amstrad).

It had a fairly conventional layout and design and each issue included things like games reviews, type-ins, game cheats and letters to the editor.  The magazine was also available on tape for Amstrad CPC users, and it included any type-ins that were in that issue plus bonus material.  This was on a subscriber only basis and the tape was never directly sold with the magazine.

Through the mid to late 80's the magazine was widely available throughout Australia and New Zealand.  It was a reasonable size magazine, with the average length of each issue being 64 pages. 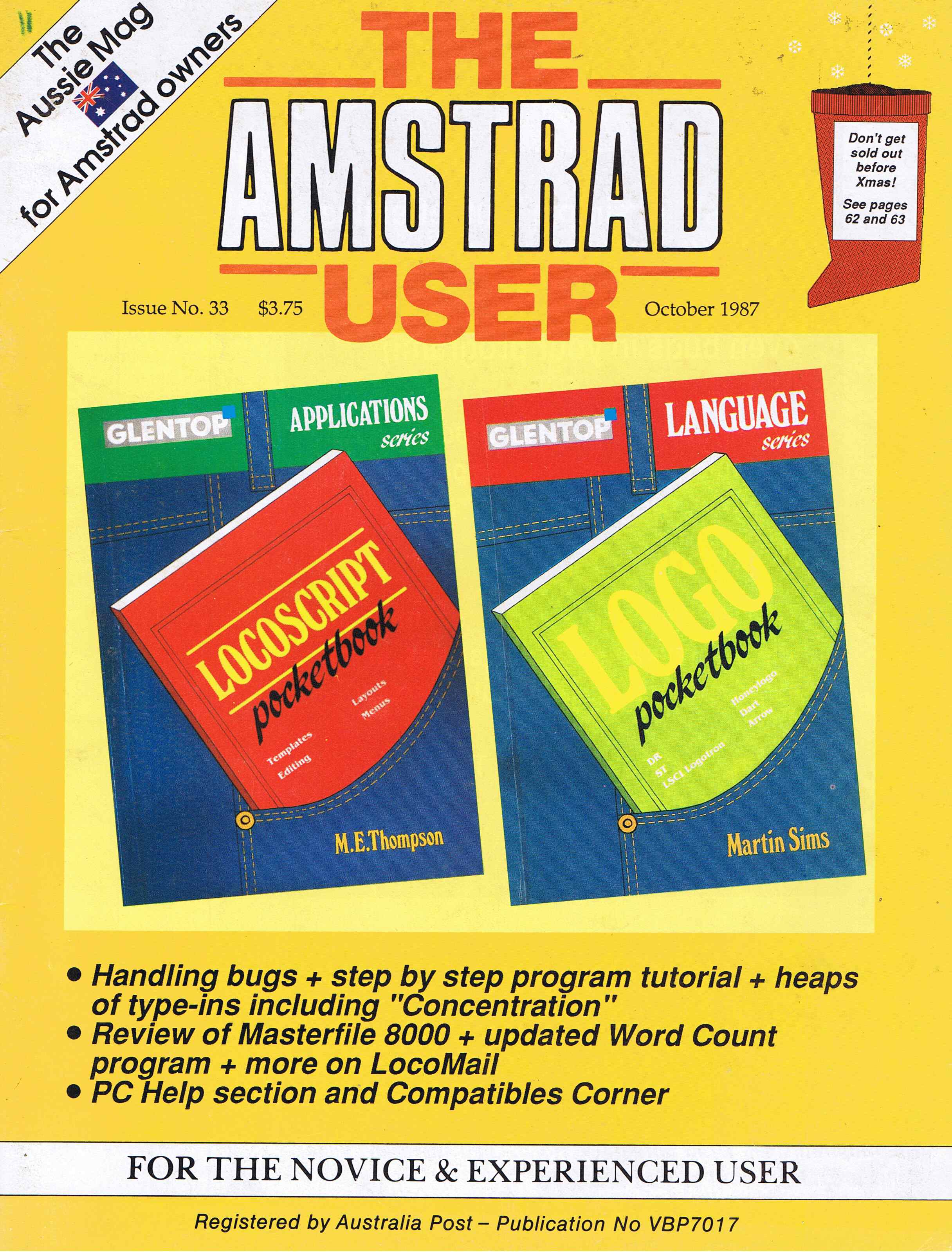 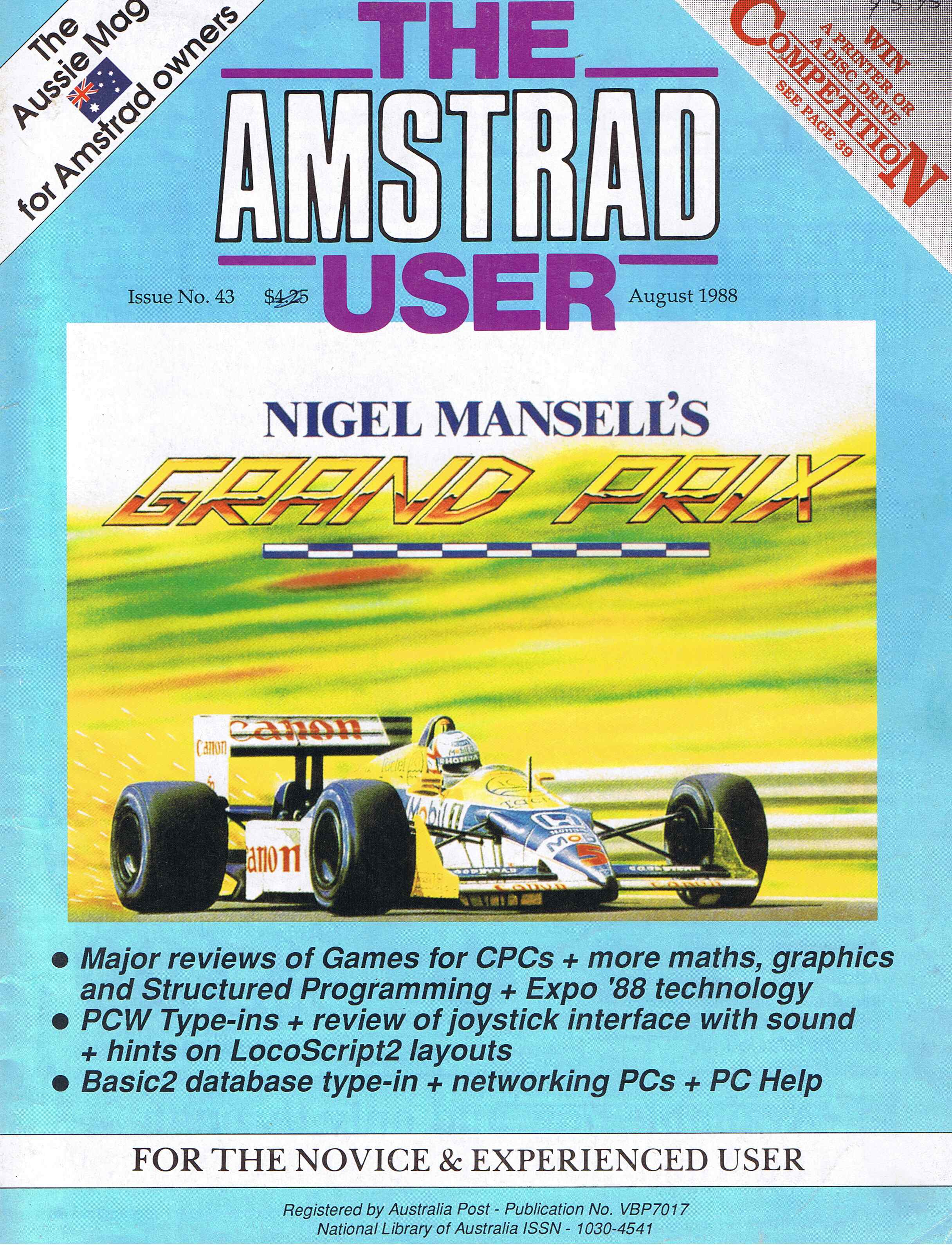 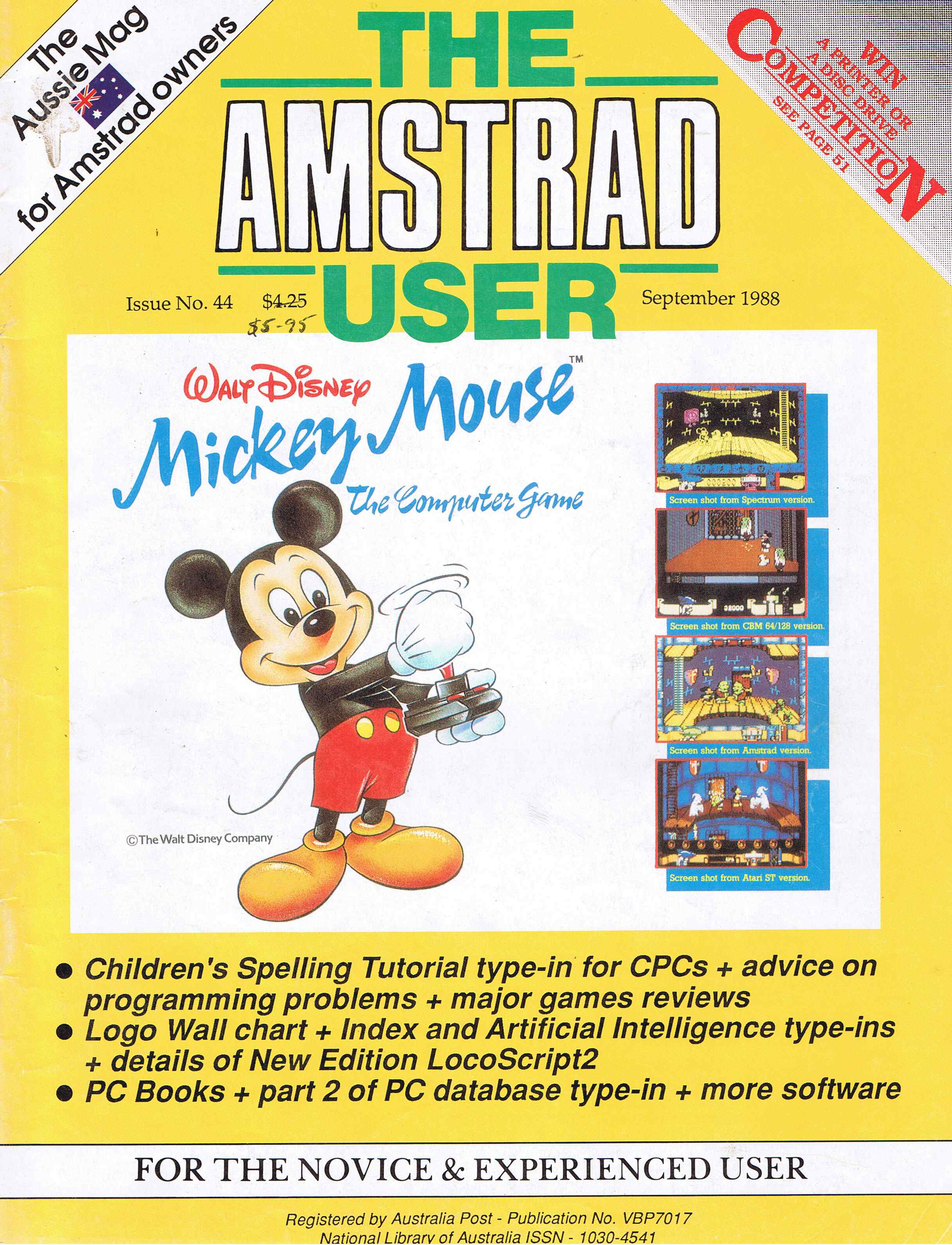 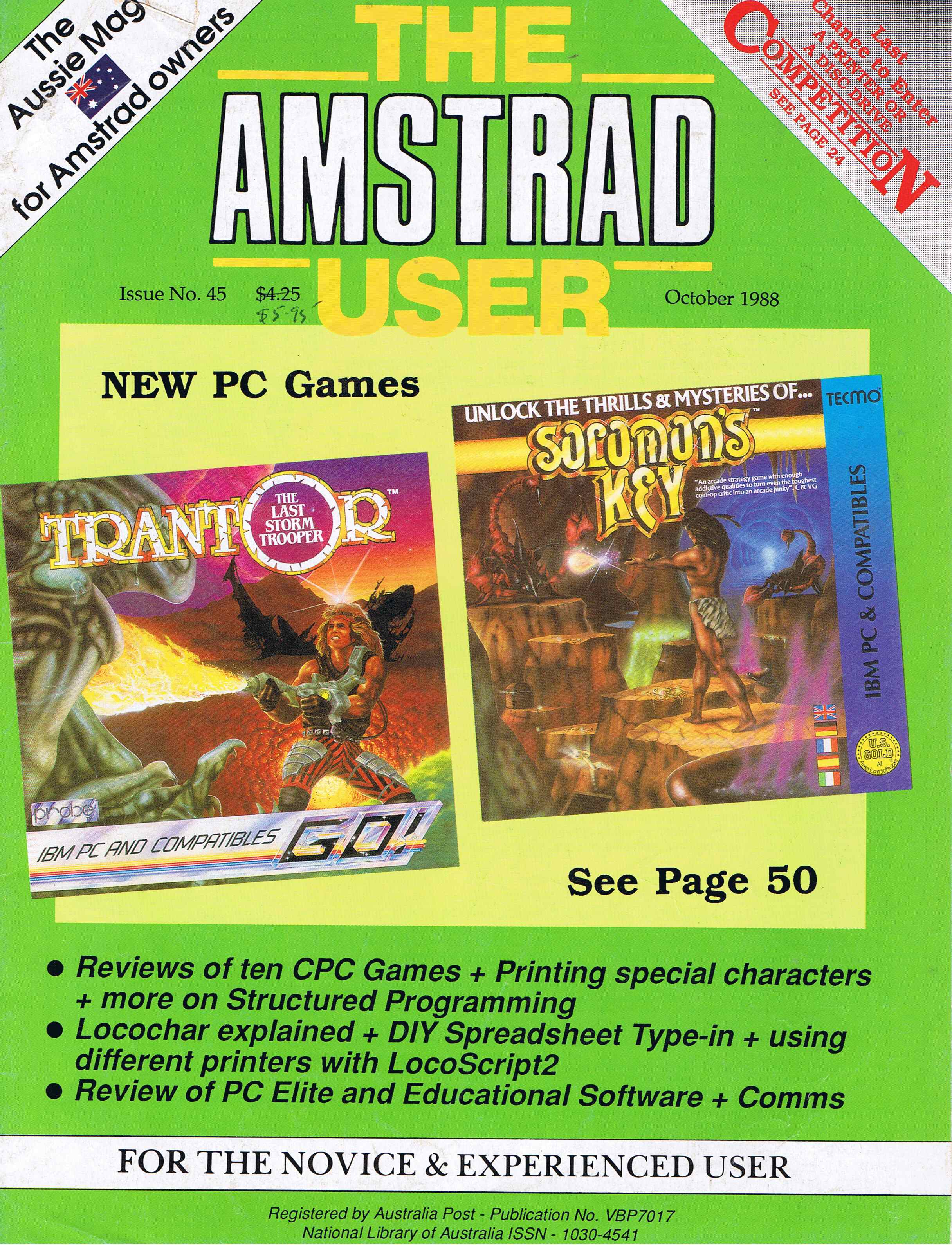