The covertape didn't include two standalone adventures which accompanied GAC in its original package when released. 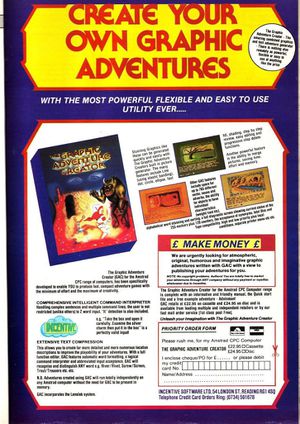