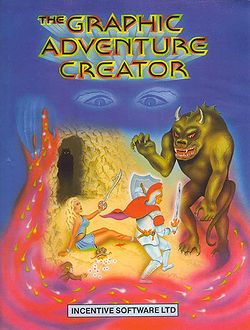 Its main advance over the already well established The Quill was a clever graphics editor, one of very few vector graphics editors for the CPC. This enabled pictures to be drawn using a minimal amount of memory.