Warning: array_merge_recursive(): Argument #1 is not an array in /home/gryzor/cpcwiki_backup/httpdocs/includes/registration/ExtensionProcessor.php on line 294
 Difference between revisions of "Warlock" - CPCWiki

Difference between revisions of "Warlock" 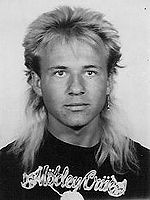 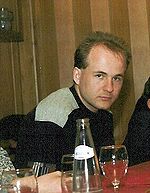 Warlock: Warlock was a game-cracker, sound-ripper, demo-coder, and one of the three swiss-founders of the demo-group called UNiX. Warlock was the Amstrad-pseudonym used by Pascal Rohrbach born 1973 in Biel (CH).

Starting in 1984 at the age of 11 years by playing non-coloured games written in BASIC on a Commodore VC-20 it quickly turned out that the digital-world would be a part of his future. Buying an Amstrad CPC in 1986 and after some first steps of programming in BASIC, Pascal Rohrbach started his search for contacts and other sharers in europe by cracking some games and ripping sounds out of games under different groups like ICO. After finding many share-contacts in lots of different countries in Europe (Germany, Spain, France, Greece, UK, Denmark….) and even 2 of them (Asterix, TMP) in the same city (Biel/CH) he started to code demos in Z80/Assembler. United with Asterix and TMP the idea was to create a demo with a special defiance by only having 72 hours from the drawing/coding of the first pixel until its release, so the first of 3 named MC-Paddy-Demos was created in 1989. (MC = MachineCode) After repeating this 3-day-event in 1990 by the release of MC-Paddy II, the group called UNiX was created by Warlock, Asterix and TMP. By joining of the 2 graphic artists MiG & SKF from France and the 3 well known coders from Denmark NWC, JLCS and Tyronesoft UNiX probably became one of the “strongest” groups after Logon System, in nearly each demo they discovered a new effect or technique. Unfortunately the release of the MC-Paddy III in 1991 was the last (re-)founded work of Warlock in the past. His long work on different parts for the Unique and the Cuddly Demo was never totally finished and only some graphics have been found many years after his retreat from the active scene in the later released Unique Demo by NWC. Warlock’s participation on the 2 euromeetings in Germany and France was his last active appearance on the Amstrad CPC scene. After a break Pascal went on PC under the pseudonym of V3n0m (Venom) by playing different online-games like Quake (1996) or Unreal Tournament (1999) in European leagues with respectable results. He participated on different LAN-Partys and in 2002 after co-organizing an Event for approximately 80 peoples in CH he quit the online-game-community.