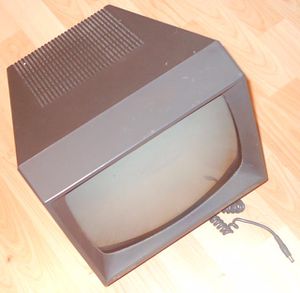 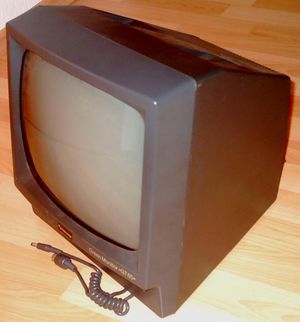 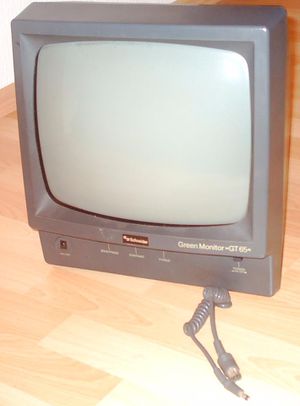 These were the green screen monitors sold together with the classic CPC-computers. Optionally, the computer could have been purchased with CTM640/CTM644 colour monitors.

The only difference between the GT64 and GT65/GT65-2 models is the 12V socket for the CPC664/CPC6128's disk drive in the later model. The GT65-2 model has a modified case with two carrying handle. With it and the very low weight of the monitor it is very easy to carry it around.

With the arrival of the CPC664 and CPC6128 models, the existing stock of GT64 monitors was sold out and later only GT65 monitors were sold, even with the CPC464. For that reason, the 12V power outlet was designed as a socket for a cable coming from the CPC, while all other connections were made with cables coming from the monitor.

Users that had bought their CPC with a green screen monitor could also get the Amstrad MP1/MP2 TV modulator/power supply as an option to connect their CPC to a TV-set in order to get color.

Another option was to make a TV SCART cable and some external power supply.

The GT64/GT65 accept luminance, ground and sync signals. The luminance seems to be in the range 0V-5V. The luminance is generated by combining the R,G,B outputs using resistors from the Gate-array or ASIC.

The procedure of setting up the CPC with the GT64/GT65 monitors is described in the CPC's user manual.

Schematics and part lists can be found in the Service Manuals: