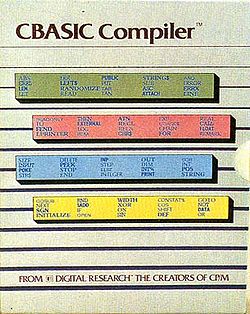 Cover of the CBASIC Compiler

CBASIC is a compiled version of the BASIC programming language written for the CP/M operating system by Gordon Eubanks in 1976–77. It is an enhanced version of BASIC-E, his master's thesis project. (…) CBASIC could execute in a minimum of 24 kB of memory. Line numbers in the program source were optional, unless needed as a label for a program jump. CBASIC proved very popular because it incorporated 14-digit binary-coded decimal (BCD) math which eliminated MBASIC's rounding errors that were sometimes troublesome for accounting. 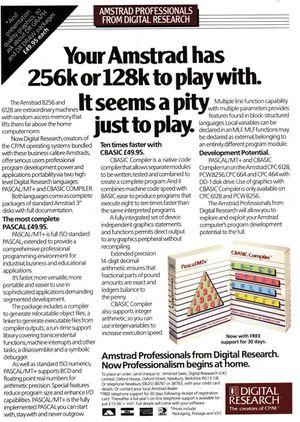