This project shows how to replace the 16 KB ROM of the DDI-1 floppy disc controller of the CPC464 with a 64 KB ROM in a way which provides four 16 KB ROMs. These four ROMs are accessible at the same time and have different ROM numbers. 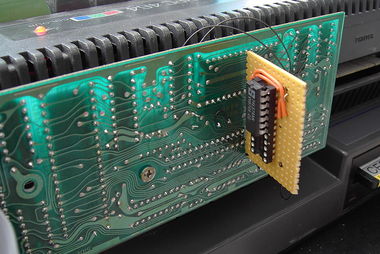 To archive this target an additional chip is needed, as well as a single track must be cut on the PCB. This solution will provide ROMs at the ROM selects 4, 5, 6 and 7. At 7 you will usually find AMSDOS. 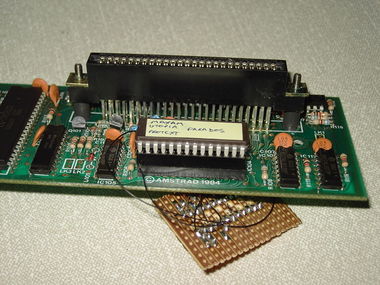 Program a 27C512 EPROM with the data for the four ROMs:

You can also burn FutureOS in the four ROMs. 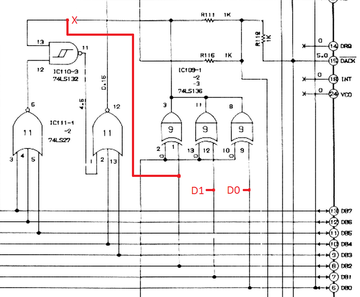 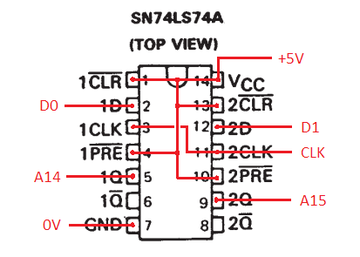 The CLK signal comes from here: 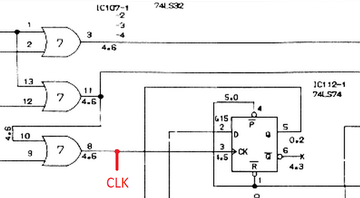 This project was realized by IanS and put into the CPCWiki by TFM. Not one of us can be made responsible for any kind of destruction or other problems. You do it on your own risk.