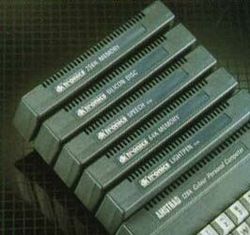 A CPC6128 expanded to the maximum with Dk'tronics equipment

Dk'tronics was founded by David Heelas, a hobby electronics enthusiast, in april 1981. Working initially from his home in England as a one man company his first product was a 16K expansion card for the Sinclair ZX80, which he designed, produced and shipped from his own home. After it's success and with a growing number of devices, the company eventually grew to more than 50 employees and obviously was no longer based at home. David assumed the position of Managing director with the support of Neil Rawlingson as Finacial Director. A headquaters was set up in Saffron Walden and production took place initially in a manufacturing plant in Great Yarmouth, later moving to a larger location in Saffron Walden. In 1985 DK'tronics bought the company 'Currah', who had produced their own speech synthesizer for the ZX known as the 'Microspeech' and had also developed a ROM based Forth compiler called 'MicroSource'. The company also bought the rights to the British hit show 'Minder' to allow them to release a title of the same name for the Spectrum in 1985. David was rumoured to have had plans to produce their own 8-Bit entertainment computer (possibly a console), it's not known how far the development ever got, but the computer was never produced or sold. Their most successful hardware product was an add-on keyboard for the ZX81 and ZX Spectrum, due partly to the user-unfriendliness of the original keyboards of these devices. Unfortunately, despite their success, the company seems to have ceased trading sometime around the end of 1985.

Although the company was best known in the CPC scene for their hardware expansions, the company also produced many software titles for both the CPC and other common 8-Bit computers of the time. Programmers Don Priestley and Ed Hickman were major contributers to the companies software successes, these included:

Dk'tronics has released some manuals that cover more than one piece of hardware: