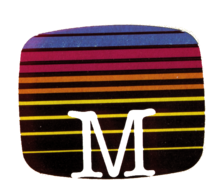 In reality Melbourne House was a two prong operation - the European publisher and the Australian based developer (Beam Software) who were the brains behind the operation, publishing games within Europe on the Melbourne House label and using it as a conduit for the development of European software, which was realsed by Beam, down under.

Although an early big name in the CPC scene thanks to some big hits in the magazine review pages, Melbourne House was sold to Mastertronic as a going concern in 1987.

The brand made a slight comeback at the tail end of 1988 and into the following year before the parent company, by that point Virgin Mastertronic retired the name permanently.

Releases for the CPC

These titles were advertised for the CPC under the Melbourne House label but did not appear.