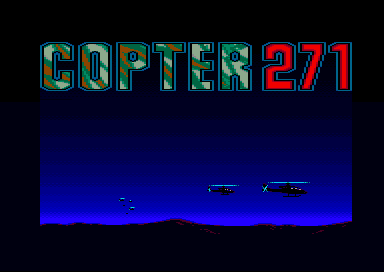 But it makes perhaps a too heavy use of Hardwired sprites (need a lot of DATA space and time to upload into the ASIC) and also features too many scrollings (multidirectionnal actually, but the sidescroling is un-needed), sprites are perhaps too big too (given most of those are Hardwired sprites).