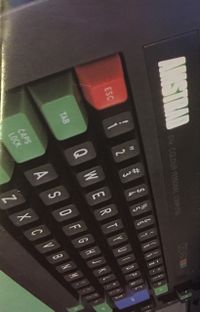 The exact date of its launch is hard to determine because both issue 1 and issue 2 of the magazine are not date stamped. We can make a guess at a launch date of either September or October 1984; based on the contents of the 'news' sections in both issue 1 and issue 2. Issues were released on a bi-monthly basis at first but later became monthly. Initially issues were released with plain cassette inlays displaying a poorly printed 'CPC 464 Computing' logo but by issue 5 (and following the rename to CPC Computing) the inlay was reversible, with a much higher print quality and a photograph of a CPC 464 on the reverse side (see image, right).