Energy Warrior is a horizontal shooter by Mastertronic.

In the year 2079 the Earth lies a blackened wreck, a mere shadow of its former blue and green glory, However this is notdue to any major war or alien invasion. It is just the result of neglect and chemical erosion, its people have been decimated by plagues. The few areas of natural beauty that remain are therefore incredibly precious to the remaining people of Earth.

You are a reserve warden, responsible for the maintenance of three of the biggest remaining areas of natural beauty leftin the world. Most of your work is routine, even boring, but it is well paid, well respected and safe. The reserves are maintained by aura energy generators, buried deep below the ground. All you had to do was the routine tidying and occasional rounding up of the animals. Or at least that was all you had to do!

Unfortunately the Star Cygnis Alpha has just gone supernova. Now normally this would not interest you much, you were never really keen on astronomy, but even you must admit that it looked very pretty. Unfortunately Cygnis Alpha was the home to the Wavaren, or rather one of the planets that circled it was. They were not best pleased with losing their planet, but they had enough advanced warning to escape, so now they are looking for somewhere new to live. Now this is where it starts to bother you for they seem to have decided they want to live in your reserve!

You are responsible for three regions, one forest, one set of oceanic islands and of rocky desert. Each of these is divided into ten areas. The areas are self-contained, they are kept in pristine condition with their own supply of aura energy and zoned off with force fields.

It is your job to clear all the areas of aliens. When you manage to clear an area of aliens it will seal off, and no more aliens will be able to enter it, mind you neither will you. If the aliens succeed in reducing the aura energy of an area to zero then it will die. If you let three areas in any region die you will be terminated, when you have cleared one region of aliens then you will move on to the next.

There are several types of alien craft. There are individuals, that come at you singly. Squadrons that fly in strict formations. Chains that fly in follow-the-leader patterns, Mother ships, these large craft need to shot several times, blasting off different bits before they are finally destroyed. Dragons which appear to be similar to the chain robots at first, but only the head can actually be damaged, these need several shots to kill. 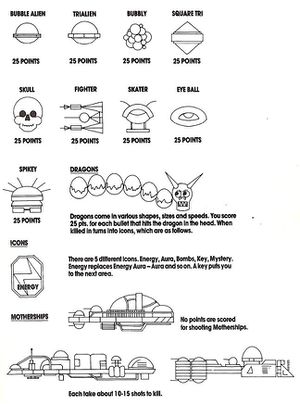 These appear each time you kill a slave dragon. They take the form of a tile that appears where the robot’s head exploded. This bears an icon depicting what you will receive if you collide with it. This changes, slowly at first but gradually the speed at which it changes increases. Eventually it explodes. The various bonuses are: more craft power, more area aura energy, blitz bombs, exit level.

You fly a J.O.S. Fighter. You have powerful beam lasers that fire forwards and blitz bombs that explode all aliens onscreen. You start with a limited number of these, but can pick up more from bonus tiles. You need to patrol the ten areas, and make sure that the aliens do not have a free run to destroy any one of them. Do not concentrate on one area, as then the aliens will have no difficulty in destroying the others.

Pausing the game shows you the region statistics 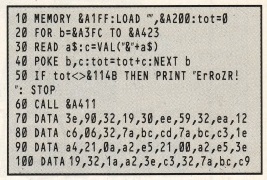 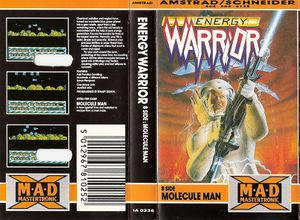 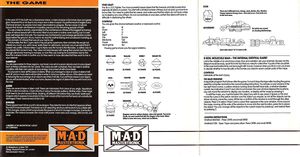 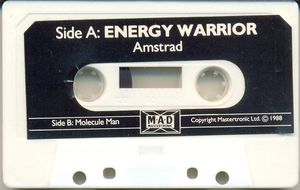 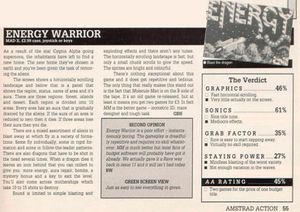 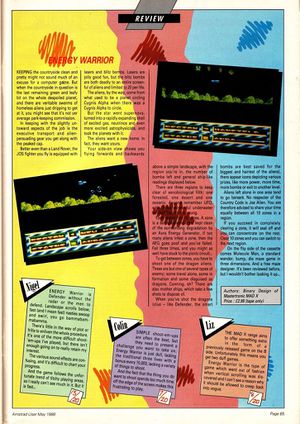