There is a special version of ParaDOS, it's called VaraDOS and has the great Vortex format enabled by default. 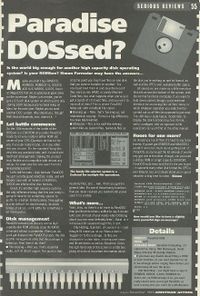