Saboteur is a 1986 video game by Durell. The goal is to sneak into a building as a ninja, steal a disk, place a bomb, then get out via a helicopter on the roof. The graphics were recognizable as a Spectrum conversion. Despite this, the game was rated fairly highly at the time for its suspenseful atmosphere.

The game was written by Clive Townsend, who reused routines from his earlier unreleased game Death Pit.[1] 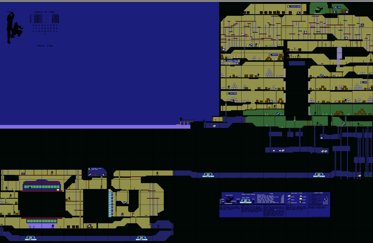