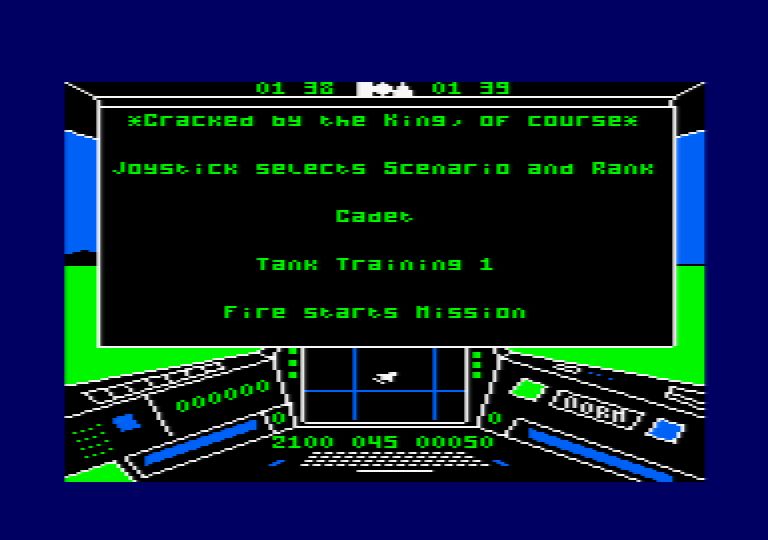 Screenshot from the game Skyfox (Electronic Arts) with my signature; "Cracked by the King, of course".

I got my first computer, a Dragon 32, in 1983. I quickly lost interrest in simply playing games, and started programming.

Going beyond BASIC, I teached my self 6809 assembler and eventually got a 5 1/4 disc drive for the Dragon.

The combination of assembler programming and a disc drive led to the inevitable, cracking the games to get them transferred to diskette. My favorite game for the Dragon was the Donkey Kong clone "Donkey King" by Microdeal/Tom Mix Software. When they were threathened legally by Nintendo, they had to re-release the game under the name "The King". That's where I got my "cracking pseudonym" from.

Later I got a Commodore 64, and formed the "Cracking group" TT*Company, together with my friend Tim.

TT was of course short for Tom and Tim. Then we were joined by another friend, Nico, and we changed the name of the group to TNT Cracking Co. I'm sure you've got it; TNT = Tom, Nico and Tim. At the same time

I got my CPC 464 and DDI-1 disc drive. I slowly drifted away from the C64, a computer I never really fancied anyway, and got more and more involved with the Amstrad.

I quickly learned Z80 assembler, and developed my skills together with a high school friend with the pseudonym "666".

He had a Sinclair ZX Spectrum, but as both were Z80 based, that was not a problem. I believe he bought a CPC 6128 later. The motivation for cracking Amstrad games was the same as for the Dragon; tranfer of the games to diskette.

I simply cracked them for my own satisfaction.