1942 is a conversion of the arcade coin-op from Capcom, published by Elite.

It is 1942, and war is raging in the Pacific. The enemy's fleet and airforce are growing in strength. It is up to you to restrict their numbers in adaring solo mission. Your carrier will take you as far as it dares, but from then on you are on your own. Fly your plane over enemy territory andinstallations, scattered islands and rough terrain. Smart manoeuvring and skillful aerobatics are required to outwit the enemy planes; recoveringthe mystery POWer capsules will give your plane extra capabilities. Be prepared - enemy gunners have their sights set on you, and their pilots areprepared to die to thwart your mission. The carrier awaits your safe return - but have you the skill to survive?!

All keyboard and joystick options are displayed on screen. To roll the plane use keys 0,1,2,3 or 4 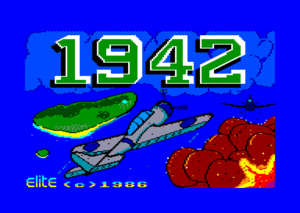 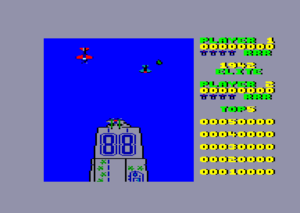 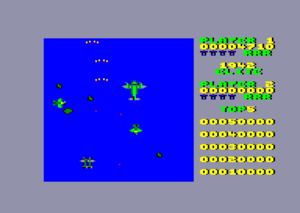 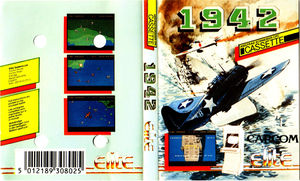 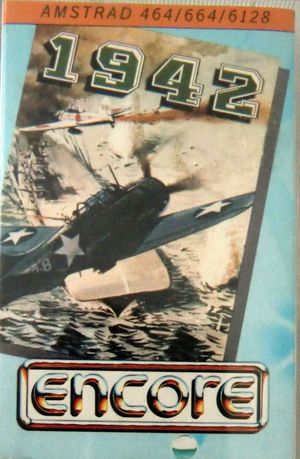 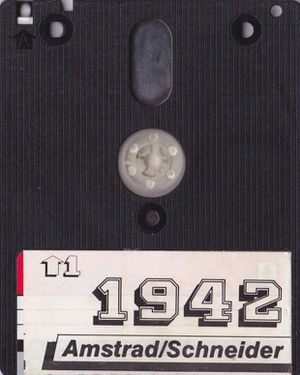 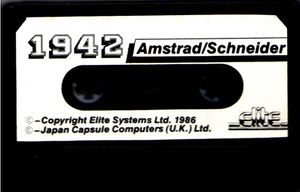 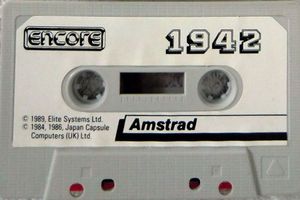 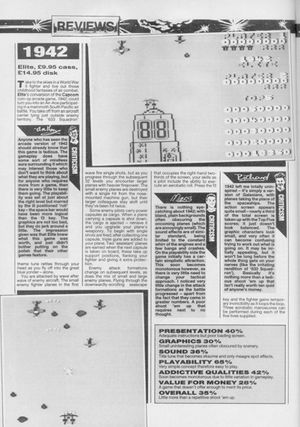 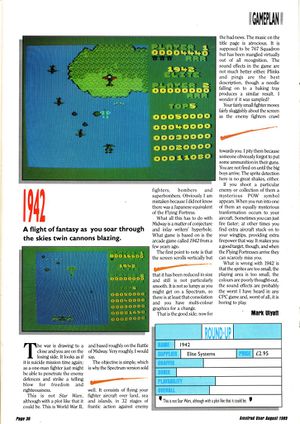