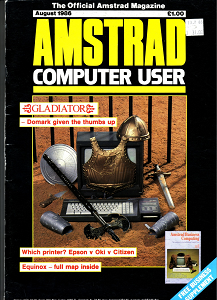 Interceptor is a game resembling a simple version of G-LOC.

CP/M User has spiced it up by adding a very nice loading screen, improving the gameplay, and speeding up the code.
In the enhanced version, missiles and fuel are now replenished every 100 points until 500 points are reached.