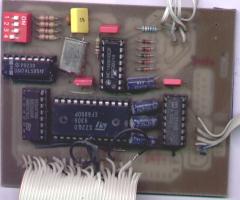 This RS232 interface was published as a DIY project in a special edition of the the German magazine: CPC Schneider International Sonderheft (#3-1986) and also in a later issue.

As the standard CPC series does not include a RS232, this interface was very handy in order to communicate with other computers(eg. IBM PCs). A major drawback was the missing interrupt line which means that your programs have to poll the interface.

A terminal program, written by The Cranium, for this serial interface was published in the last issue of the CPC Schneider International (12/1 1992/1993).

How to build a RS232 interface (German)