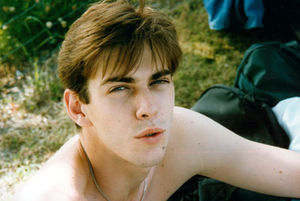 Digit in the early 90s

Digit (Regis Marty) was a coder in the Logon System group.

He first began publishing a fanzine titled Metro.Boulot.Micro before enjoying coding demos. He released seven numbers of his fanzine while learning assembly language and coding his first demos.

It was the electronician of the group and has been the first to unlock the Cpc Plus and probably the first to code some rasters colour bar on this computer. Digit has written some technic articles in the Logon System column of the french magazine Amstrad Cent Pour Cent