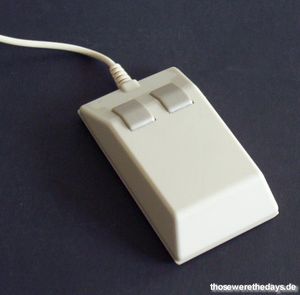 The mouse that came with GEOS

The Amstrad CPC suffered from the same problem as the Commodore 64. Both computers were launched before the era of Graphical User Interfaces (GUI), and therefore lacked a proper pointing device from the beginning.

To make the usage of the Commodore more modern, GEOS was invented in an attempt to mimic the most common Graphical User Interfaces of the time (GEM and macOS). To make the interaction with GEOS like that of its counterparts a mouse had to be supplied with GEOS. This mouse although designed for the Commodore 64 can be connected to an Amstrad CPC and be used with the operating system FutureOS, as drivers for the GEOS mouse apparently already exists in FutureOS. 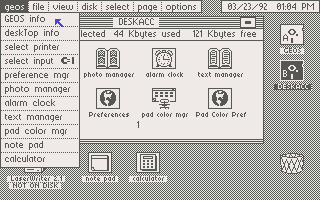 GEOS for the Commodore 64

About GEOS for the Commodre 64