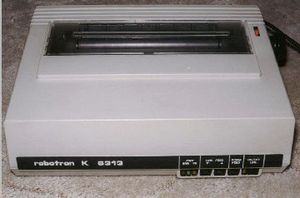 What made it special and worth mentioning in the CPC-Wikipedia is the fact that it could be DIP-switched to be 100% compatible with the Amstrad/Schneider NLQ401, that means it could print the whole CPC character set and understood the code sequence to switch the 8th bit. 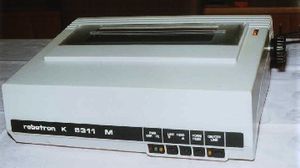 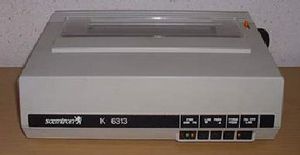 Pictures and alternative names were taken from http://www.robotrontechnik.de/html/drucker/k631x.htm 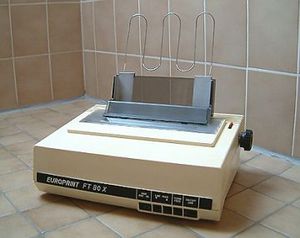 This command selects the printable characters that equal the 7-Bit characters from CHR$(1) to CHR$(127).
The reception of the command ESC = results in bit 8 to be regarded as 1 for all received characters.

The reception of the command NUL results in bit 8 to be regarded as 0 for all received characters.