z88dk is a Z80 C cross compiler supplied with an assembler/linker and a set of libraries implementing the C standard library for a number of different Z80 based machines. The name z88dk originates from the time when the project was founded and targetted only the Cambridge z88 portable.

The compiler featured in z88dk is much enhanced Small C compiler, the compiler accepts many features of ANSI C and is only deficient in a few areas where implementation on a Z80 processor might prove inefficient. The compiler performs simple optimizations, but the bulk of the optimization is done by a set of peep-hole rules, which will typically reduce the size of a large project by up to a third.

The libraries supplied with z88dk are designed to be as generic as possible, indeed it is possible to port to a new machine simply by supplying two library routines and some startup code. It is hoped that one day z88dk will support as many z80 based machines as there is information available and sufficient interest in.

Warning : you would really install a recent version like the nightly build to enjoy of the last improvement for CPC. 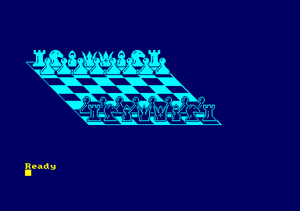 z88dk produces code and programs that will run on the following machines:

z88dk is known to run on the following platforms:

Binary releases are available for Amiga, Solaris and Win32. Win16/MSDOS needs to be rolled by the user. On BSD machines, GNU make should be used instead of the native make program.

Here is world.c from the z88dk console examples:

Compile this example with:

If you get an error message during compilation ("File open/read error"), make sure the Z80_OZFILES environment variable is set correctly, see [1]. 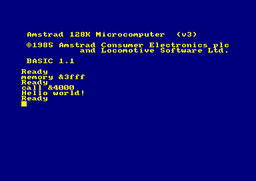 The resulting binary can be run from BASIC with: 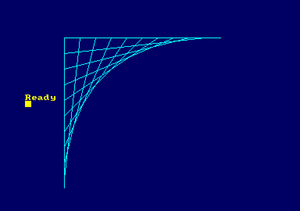 Libraries for the CPC

CPC programs which are using Z88dk: