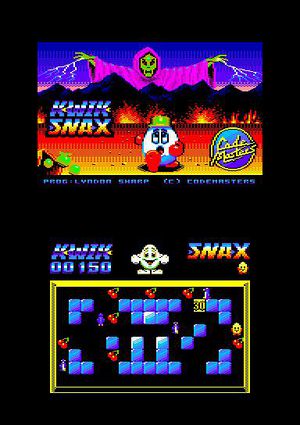 Dizzy and the Yolkfolk have outraged the Evil Wizard Zaks and he's cast a sinister spell which has sent them to the land of personality.

Dizzy can choose who to rescue but to be a true hero, he'll have to save all his friends.

Denzil thought he was cool and ended up in the Land of Ice. Left out chill out!.

Dylan spent most of his time with his head in the clouds, and that's exactly where he found himself stranded high and dry!.

Grand Dizzy was old and touch senile, his fate was to be cast into Cuckoo Land trapped by clocks and giant teddy bears.

Daisy was Zaks' greatest prize and he kept her close to him in his Castle Dungeon protected by his best henchmen.