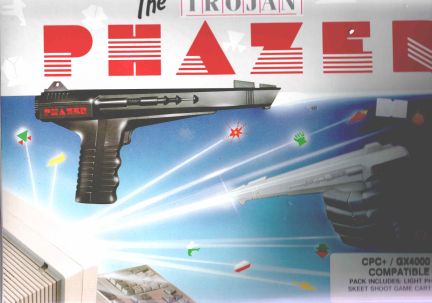 Lightgun for the CPC Plus and GX4000.

The Trojan looks exactly like the Magnum (in fact, both were manufactured by Trojan).

And, the Trojan maps the Trigger as Joystick button (rather than merging it with the Light Sensor signal).

The Trojan connects to the CPC+/GX4000's 6pin AUX socket: