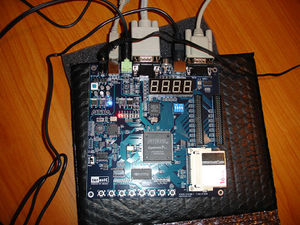 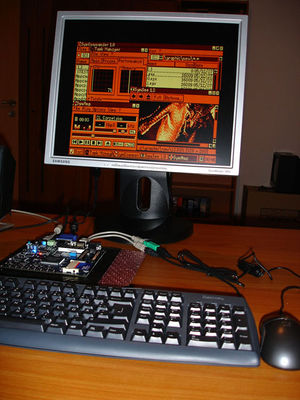 The CPC TREX is a real hardware CPC rebuilt with FPGA technology which also includes some new features and possibilities.

The CPC TREX consists of the Amstrad CPC turbo core written by TobiFlex and the reconfigurable T-REX C1 board by TerasIC, which is based on the Cyclone FPGA by Altera. The TREX C1 board is very small, an industrial production and it contains connectors to all the standard PC periphery like VGA monitors, PS/2 input devices and CF cards.