The Digiblaster is a small hardware device plugged into the CPC's printer port to play 8-bit mono sound samples. It was designed by Face Hugger and printed in the German magazine CPC Amstrad International in issue 8-9/1991. In 1995(?) Joshua made a redesign for better sound quality, later Bryce made a redesign with even better sound quality. Also, in 1995, Futurs' created and distributed the Soundplayer which is an improved Digiblaster (also featuring additional support for Virtual Net 96). 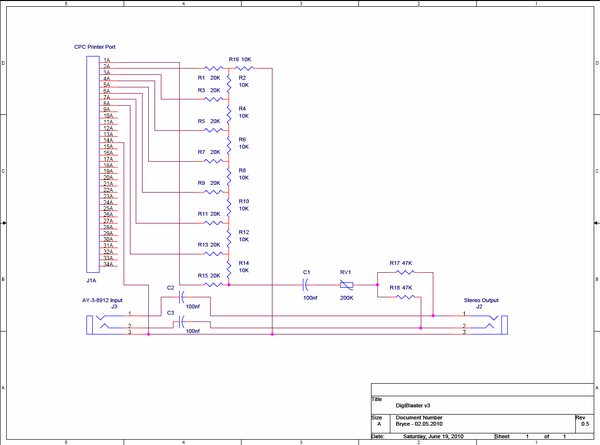