BTL - an abbreviation for "Better Than Life" - was a UK disc fanzine produced by members of the STS and Systeme D groups.

When Presto News ceased publication, Matt announced plans for a disc fanzine, initially to be called Grace Under Pressure and coded by the Bitmap Vandals. However, no release was forthcoming.

In due course, ChaRleyTroniC offered to code the fanzine instead, which by then had been renamed Better Than Life. The fanzine subsequently became a project of the "South Wales scene" that was then developing. Four issues were produced in all.

Perhaps the most notorious article was "Zap't'Balls - who gives a flying fuck?", written by Jack Hughes, which claimed that the pleas to refrain from piracy of Zap't'Balls were hypocritical. This was accompanied by an explanation by Marjory Beckett of how to crack the game.

BTL 1 was roundly criticised in Amstrad Action's review, largely for its aggressive, argumentative content. (In particular, the issue contained several pot-shots by ChaRleyTroniC at another AA writer, Keith Woods).

A revised version of Issue 4, "Issue 4.1", was released shortly after original publication. Though the content was exactly the same, the code was improved by boasting 50Hz scrolling rather than 25Hz.

A short paper supplement - "issue 4.5", containing articles from issue 5 - was distributed at the WACCI Convention in 1998.

Issue 5 was never released. However, significant quantities of editorial were completed for it (and may be uploaded here in due course ;) ).

The BTL 5 intro was completed by Ratz & Wulf but has never been released. However, it is slated to make a long-delayed appearance as the turn disc part for Palatine some time in 2012. 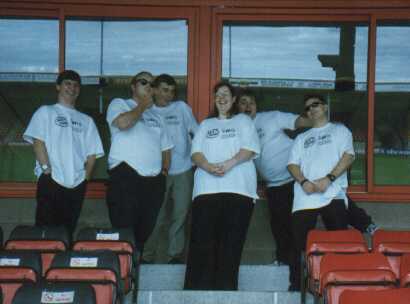