I'm not sure how I ended up joining this site or contributing (games sections only at this stage). But I'm 32, living in Sydney, Australia. I only recently stumbled across all of this stuff...and there I was, transported back to the 80's.

It came with the following games:

Into Oblivion, Vampire, The Apprentice (and I think Pipeline and maybe Rasterscan and Destructo). Later we got Con-quest, Rocky Horrow Show, RadZone & RebelStar - Hence why I started my contributions on those games (and some edits of existing) as those games had a huge impact. Dad threw in a couple of issues of Computing with the Amstrad and away we all went - trying to type in those 10 Liners etc. Gosh, we even typed in those checksum codes and wondered what was going on.... ha ha. Good times! We even forgot to press 'Enter' at the end of one of the lines because it got to the edge of the screen and went to next line anyway, so we started writing the next line...... arghh. I think that was 'Blitz' - from CWTA.

Man, those games kept me busy! The funny thing is, I've only recently finished some of those games! After lots of saving (using WinApe). I never seemed to be able to finish games as a kid - maybe I didn't have enough patience or probably because you couldn't 'Save' your position.

Swapping games with kids from school was fun - Dad had it sussed out pretty quick, you could make copies (cassette tape) - so I ended up with copies of everyone else's games. Of course, never told anyone else you could do that! And, the kids with Commodore 64's had no clue how awesome Amstrad's actually were! Yes, they gave me a hard time because I had an Amstrad.

Still haven't managed to sort out Rasterscan though.

I remember the anticipation and excitement as those cassette tapes were ever so close to loading and I could start playing!!!

Hello mate, and welcome to the Wiki! I'm very happy that you've found and joined us for a variety of reasons: it's always great to rediscover something and every time someone tells his story I remember mine; you jumped right into it contributing with articles (fantastic, man... just stay away from the CPCGamereviews content!); and, you got Into Oblivion as one of your first games - it was my very first one!

Thanks Gryzor. Glad to be a part of this.

Something else I recall too was the joysticks (reminded by reading User:CPM Users Amstrad story). The 464 came with a free shaft/suction capped bottom joystick - the thing was absolutely useless. Couldn't play games like the Apprentice where you needed precision otherwise you were dead. So it wasn't long before Dad turned up with one of those Konix_Speedkings. Wow - what a game changer that was. Amazing. Micro switches and precision, it was the best. Could actually play games properly now! (Dad wasn't going to put up with that!) Later I upgraded to a Konix Navigator now I just felt cool with that thing. Too bad the auto-fire didn't work on the CPC range. Oh well. 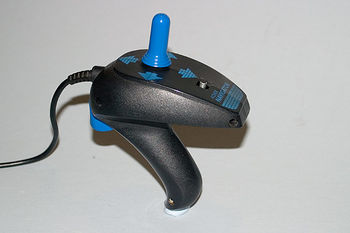 Actually, come to think of it, I know exactly how I ended up here:

Dad moved houses - So I was forced to go get all my boxed up "junk". I happened to see a few Amstrad magazines in amongst other things (Master of the Universe/Star Wars/Ghostbusters toys! and other assorted 80's goodies. Does anyone remember Garbage Pail Kids?)

So that got me thinking about the Amstrad again.... Thinking I wonder if anyone even cares about them any more these days (most of the guys I work with were born in the late 80's - they don't know what they missed!).... so I did some searching on Google... and wow. So I downloaded and installed Winape and lots of games and started playing again.... I also wondered if there was much info out there about the games from the '85-'89 era... Started the contributions thing on the English wikipedia for Into Oblivion: http://en.wikipedia.org/wiki/Into_Oblivion_(video_game)

And was introduced to the world of being a newby and getting smashed by all the Wiki cops about every rule under the sun that I broke... anyway, I graduated to the CPC wiki. So next step was to create Into Oblivion CPC wiki page. I also linked the English wikipedia page to the cpc wiki page - perhaps that's one reason why the CPC wiki page has been accessed over 5600 times? Interesting...

So I moved onto other games and started scanning and the rest is history. 28 Sept 2012

Hehehe, folks I work with, you tell them "my Computer has 64k", they think you cannot do anything on it, some of those don't even know what the world was like before the Internet, guess they never check out their local Newsagent to see what Magazines are there. It's somewhat amazing that still goes on, given the amount of Information given on the Internet. ;) --CPM User (talk) 23:51, 9 August 2016 (EDT) 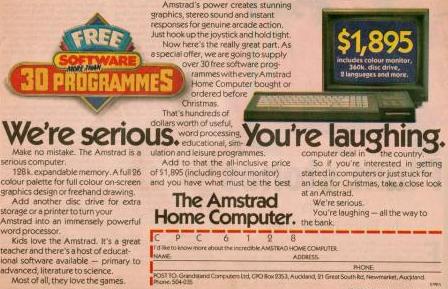 My CPC 6128 that I got in Australia - shows "Awa 128K Microcomputer" instead of Amstrad. Obviously due to the AWA Mitsubishi Electric being the distributors.... Awa back then I often wondered what that was all about and if they made a spelling error or something on the 6128, as my 464 from NZ said "Amstrad 64K Microcomputer" - which was a point of much debate with my friends as to why my 464 said Amstrad and theirs said AWA. I often told them that there was something wrong with their machines!! 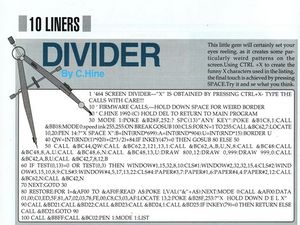 Game Pages - I plan to create/edit

Scanned and uploaded my:

What next? Some New Zealand stuff?

My Childhood Money (furiously traded amongst school kids along with Amstrad tapes!):